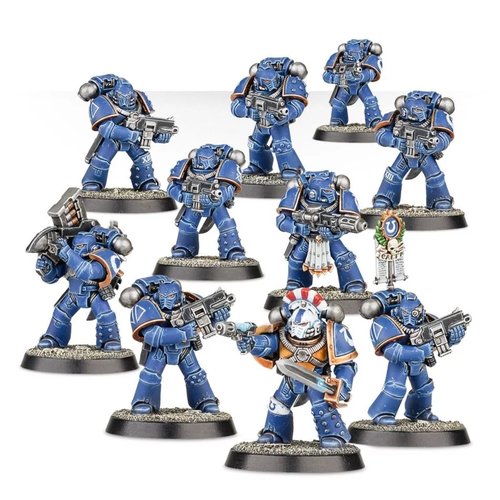 Designed by the Adeptus Mechanicus to replace the worn-down power armour used during the Great Crusade, Mark IV power armour is ancient and powerful. The most common pre-Heresy armour still in wide use, with even a few Chapters still producing new suits, it is a testament to the ingenuity and longevity of the Space Marines.

Supplied with ten Citadel 32mm Round bases and a transfer sheet.